RNA Antisense Purification (RAP) is an RNA-centric biochemical purification method that is used to study the interaction between RNA and DNA, RNA and proteins. Integrating RAP with next-generation sequencing (NGS)-based RNA-Sequencing, RAP-Seq is a general approach for mapping the localization of a given lncRNA across the genome as well as studying their functions and mechanisms.

RAP is the critical step for library preparation of RAP-Seq, which involves the isolation of lncRNAs with a set of long antisense oligos that are designed and used to capture the probe-RNA-chromatin complexes. In this process, cells are firstly crosslinked and lysed, followed by DNase I chromatin digestion of DNA fragments. The RNA mixture is dephosphorylated and the antisense probes are hybridized with lncRNAs. And the RNA probes are pulled-down with streptavidin to separate the cDNA fragments of interest. After the captured complexes are eluted, a second adaptor is ligated and amplified before sequencing. RAP-Seq requires minimal amplification steps during RNA sequencing post-purification of lncRNA complex and can be used in the genomic mapping of lncRNA targets, 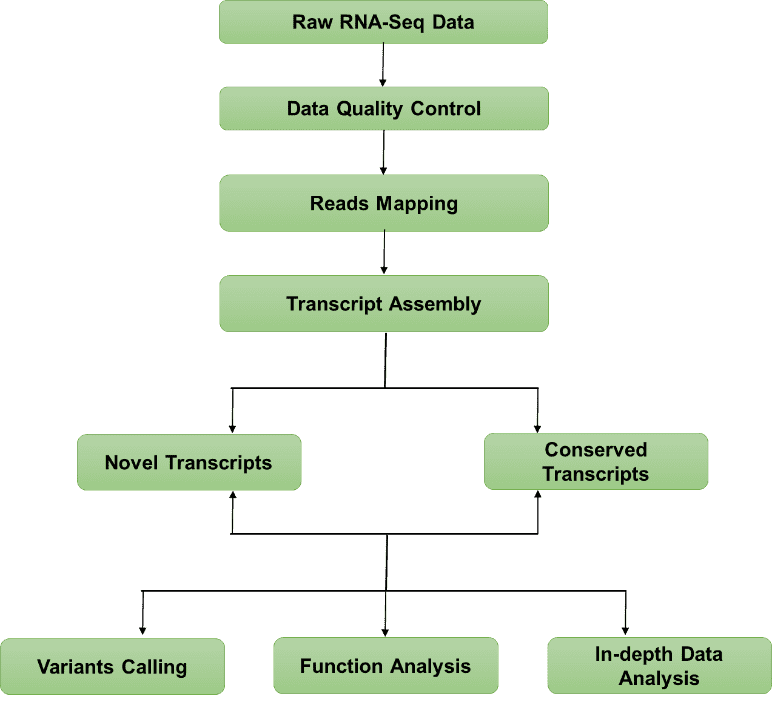 Please make sure that the RNA is not significantly degraded.

Sample storage: RNA can be dissolved in ethanol or RNA-free ultra-pure water and stored at -80°C. RNA should avoid repeated freezing and thawing.

Shipping Method: When shipping RNA samples, the RNA sample is stored in a 1.5 mL Eppendorf tube, sealed with sealing film. Shipments are generally recommended to contain 5-10 pounds of dry ice per 24 hours.