Exosomes are cell-derived vesicles that can be found in a variety of eukaryotic fluids, including blood, urine, and cell culture medium. Exosomes travel throughout the body after being released, fusing with other cells and transferring their cargo to the acceptor cell. Exosomes appear to play an important role in intercellular communication and disease transmission, according to new research. 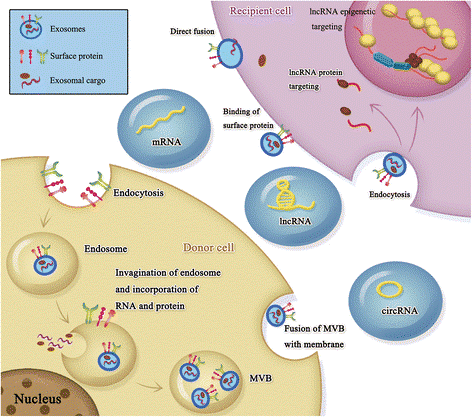 Figure 1. The biogenesis of exosomes and the RNAs in exosomes.

Exosomes contain microRNAs, mRNAs, lncRNAs, and other ncRNAs in different subsets. Exosomal delivery of miRNA can result in fully functional or translatable long RNA within a recipient cell, according to growing evidence. Exosomal miRNAs could play a role in cell-cell communication and could be used as biomarkers to detect and monitor disease. Exosomal RNA profiling elucidates the function of exosome-associated RNA and allows for the applications listed below.

Exosomal Small RNA-Seq: Exosomal small RNA sequencing is a powerful tool for analyzing small RNAs, such as miRNAs, piRNAs, and siRNAs, and it provides both quantitative and qualitative data.

The protocol for all RNA-seq workflows is the same. Prior to preparing an RNA library, total RNA is extracted from a biological sample of interest, which may then be purified to enrich mRNAs, microRNAs, and lincRNAs. In single-end sequencing reactions, one read is displayed, while in paired-end reactions, two ends are separated by an unsequenced fragment. In a nutshell, RNA-Seq has given researchers an unprecedented view of the transcriptome in both normal and pathological conditions. For transcriptional profiling assays, NGS is quickly becoming the method of choice. High-throughput sequencing, as opposed to microarray technology, allows for the identification of novel transcripts while avoiding the need for a sequenced genome and avoiding background noise associated with fluorescence quantification.